Yinka Shonibare MBE is known for his signature use of Dutch wax fabric widely used in Africa but originating in Indonesia and Holland.

I collaborated with Yinka on his artwork ‘Flower Gun’, 2016, an edition of 35 art pieces.
I created miniature hand-sewn Dutch wax-printed cotton textile flowers to be encased in acrylic.These flowers were origami models: daisy, orchid, tulip and lily. Their sizes varied from 2.5-4cm in length and width and some required wiring in order to hold their shape.

"In Flower Gun Yinka uses fabric to subvert an object originally intended to cause harm. In place of bullets, delicate hand-stitched origami fabric flowers are projected from the gun’s barrel. The gun is encased in acrylic making it an unreachable weapon, thus transforming its original purpose and rendering it redundant. Based on a 19th century design, the gun along with the Dutch wax fabric reflects Shonibare’s interest in the cultural effects and legacy of global trade and British imperialism. Flower Gun is a playful take on the futility of conflict and a comment on the prevalence of guns and violence in today’s society."  Text taken from https://www.newarteditions.com 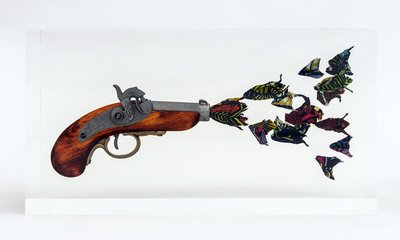 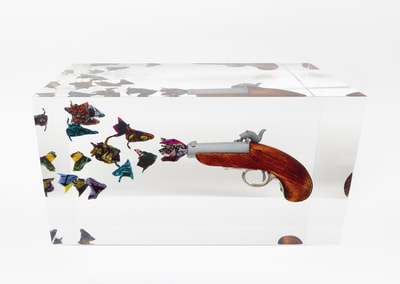 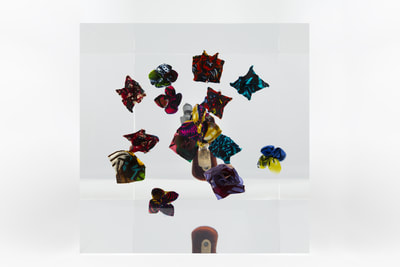 Artist Yinka Shonibare MBE, was commissioned to design this year’s award, which he described as an expression of how he supports the importance of the Arts as they remain of value to our humanity.
Yinka came to me to realize his concept for the award design.
I thus created the flower stem encapsulated inside the acrylic block.
I featured along with Yinka Shonibare MBE in the ‘Making Of The Awards’ video shown live at the awards ceremony and televised on Sky Arts on Wednesday 4th July 2018. 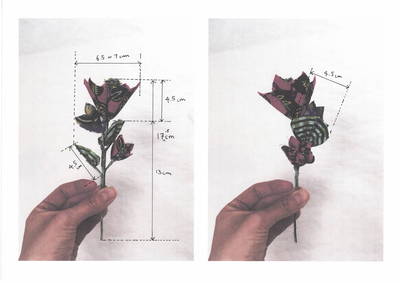 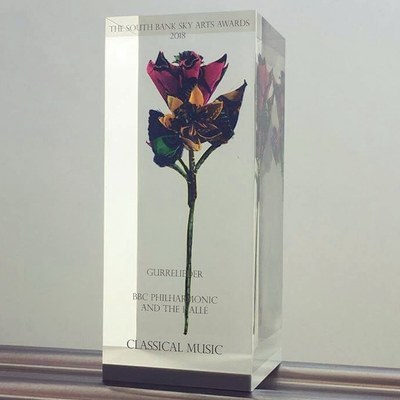 I am always looking to participate in alternative creative projects. Please get in touch by email lilybellekeepsakes@gmail.com with any queries or custom requests you may have.